The Choir's trip to Germany in the footsteps of Bach was a great success and we travelled to Leipzig, Dresden, Eisenach, Mühlhausen and Arnstadt in four days. Read our trip diary

We sang in Dresden and Eisenach at famous and historic churches, many of which are linked to JS Bach, including the Frauenkirche and the Georgenkirche.


The Horseshoe Banstead is a peaceful place at 4.45 on a Saturday morning! A smooth
BA flight and we met more colleagues and our wonderful guide, Angelika, at Berlin
airport. A Berlin inhabitant and new to the ‘Bach tour’, over the next few days she was to
prove that she had done extensive preparation.

Once on the bus, she explained the plans and confessed that not only was she not ‘into’
Bach, but neither was she particularly ‘into’ classical music. No problem – after 5 days
with us, she was a convert! Indeed, she seemed to genuinely enjoy being with us. Both
she and the driver were delighted that we were neither children nor Italians (mi
dispiace!), because we did not argue, were well organised and ready on time, if not
before.

After a fortifying stop at a motorway service station – Marché – which could teach ours a
few things about catering, our first destination was Leipzig. We had a brief opportunity to
go exploring and take in the sight of hundreds of Goths who had invaded the city for the
annual Goth convention. The highlight of the visit was attending the afternoon Motet
Concert given in the Thomaskirche by the boys of the Thomanerchor Leipzig. The choir
has been singing there for the last 800 years.

Then it was time to return to the coach for the rest of the journey to Meissen, which
would be our base for the next 2 nights. The rolling countryside was very pretty. One of
the lasting memories was of the citrus yellow of the oilseed rape fields – truly thousands
of acres, which the Germans use for biofuel. We also were amazed at the hundreds of
wind turbines, which are linked directly to the national grid.

Meissen is a very pretty town and our hotel was up a steep hill just outside. Within a few
minutes of arriving we had taken over the (small) hotel foyer for our first rehearsal, but
all the other guests were very good natured! Dinner that night was at an authentic
German restaurant and it proved to be our first encounter with ‘spargel’ – a white
asparagus, which is only eaten when in season. Therefore at various points, we had the
opportunity to choose spargel soup, spargel as an accompanying vegetable and as a main
vegetarian course. For those with a sweet tooth, rhubarb was the fruit of the moment.
(Germans tend to eat their local products when in season.)

On the Sunday we participated in the morning service at the Frauenkirche, the Lutheran
Church in Meissen. This was beautifully decorated with mini silver birch trees for
Pfingsten – Whitsun. The fresh young trees are chosen to represent new life. We were in
the gallery surrounding their organist and cantor and we were issued with hymn books in
both German and English. We chose to sing in German and much of the music was

familiar. However, as soon as the hymn was announced, we all stood up and the rest of
the congregation sat down. They then stood up at the end of the hymn, when we thought
we should be sitting down! We sang Byrd’s ’Mass in Four Parts’ and then Parry’s My
Soul there is a Country’ as the anthem. The Lutheran Pastors and the congregation were
really enthusiastic after the service and they offered coffee and delicious rhubarb cake as
hospitality.

Next stop Dresden and the Frauenkirche. This is a really stunning reconstruction. Work on it only began in the 1990’s and the city being twinned with Coventry, much of the
funding was provided by the British and the Americans. The Church is round and very
dark, but the inside is Baroque extravagance. There were many galleries and little
balconies, some of which backed onto the altar, but the overriding memory was the pale
pink and blue decoration, set against the extensive use of gilt. Our 5 minute singing slot
arrived and we stood under the dome and again performed Parry’s anthem. Angelika had
done very well to organise this, because I work with many Germans, some of whom are
musicians too, and they are stunned …. and impressed, that we were permitted to sing
there at all. Their comment is always ‘you must be very good’. Although our singing time
was short, we were honoured to be there!

Singing duties over for the day, the group then divided. Some went back to Meissen. This
proved to be something of an adventure on a stately double-decker train. Their
destination was the Meissen porcelain factory which provided a 5-stage tour of the
manufacturing and decorating processes, with about 3,000 pieces on display. The rest of
us decided to explore some more of Dresden. First stop had to be a wonderful café in the
shadow of the Frauenkirche. Suitably fortified, we then did our own walking tour of
Dresden, taking in the Schloss, Kreuzkirche, Semperoper, stunning gardens and a walk
along the river Elbe.

The following day we moved on to our next base – Eisenach. We were treated to some more very attractive countryside, lit up with fields of citrus yellow. On arrival we just had
time to dash around the Bach Museum, which was beautifully set out and included
individual hanging pods where you could listen to Bach excerpts. We then moved to
Eisenach’s Annenkirche for our rehearsal and concert. We performed our full tour
repertoire of 500 years of English Choral Music to extended applause. However, the
challenge for Ian was that the only way he could see Jonathan was by peering round what
looked like a cupboard door!

Our watering hole was the Eisenacher Hof, where we sat in concert gear in the front
garden which was set out like a beach – in this landlocked part of Germany! In addition,
we were served by a well-endowed girl in period costume dirndl.

Dinner was then in the oldest building in Eisenach. Jonathan and Ian managed to get lost
and missed the experience. Did they know something, we didn’t? We were treated to a
history lesson from the chef. He took us through almost 1,000 years of history, which
Angelika was obliged to instantly translate. When he arrived at the 19th century we
thought we were nearly home and dry, but he then returned to the 1200’s.

Needless to say, many of us found ourselves in the hotel bar that night, to assist in the
recovery from our ‘didactic dessert’!

The next day began with a visit to the Bach Church at Arnstadt, which boasted 2 organs.
We listened to the organist playing a range of Bach pieces, including a finale employing
spinning wheels on either side of the console. Perhaps more like ‘The Organist
Entertains’. We were then invited to sing a short concert on the first gallery, accompanied
by the 2nd romantic order organ. We had to leave Arnstadt soon after, but not before we
had learned that it is famous for being a craft town, cultural centre and the biggest wine
area in Thuringia.

The next stop was St Blasius Church in Mühlhausen where Angelika was able to meet
her heart-throb, whose picture she had seen on the internet. She was not disappointed
when she met Oliver Stechbart, the choirmaster! Bach was only based in Mühlhausen for
one year, because he wanted a new organ, but the locals could not afford one. However,
his wish was realised years later, because the organ which Oliver played for us was
designed according to Bach’s specifications. Oliver played the Passacaglia and Fugue in
C minor. Once again we then had the opportunity to sing in a Bach church.

The next journey took us back to the Georgenkirche, with 4,835 pipes, where Bach was
baptised. Here the group divided. Some stayed for a talk from the choirmaster and others
went to the Wartburg, where Luther was hidden to protect him, and where in 12 weeks he
translated the whole of the New Testament from Greek into German. Eisenach was

Bach’s birthplace and also the home town for Luther. Another association… Haus
Rennert was spotted selling sports clothes! We finished off the day with a lovely meal in
a typical German Keller.

On the final morning we travelled back to Berlin and Angelika asked the driver to give us
a mini tour of Berlin. We then parted and almost half the group stayed on to ‘do’ the city
in 48 hours and the rest returned to the UK.

Grateful thanks must now go to Jonathan for the inspiration to do the ‘Bach tour’, to the
expert professionalism of both Jonathan and Ian, to all the organisers who worked so hard
– especially Shaida, Kevin and June, to all those who worked behind the scenes and to all
our wonderfully loyal supporters, who all contributed to making it a truly memorable
tour! 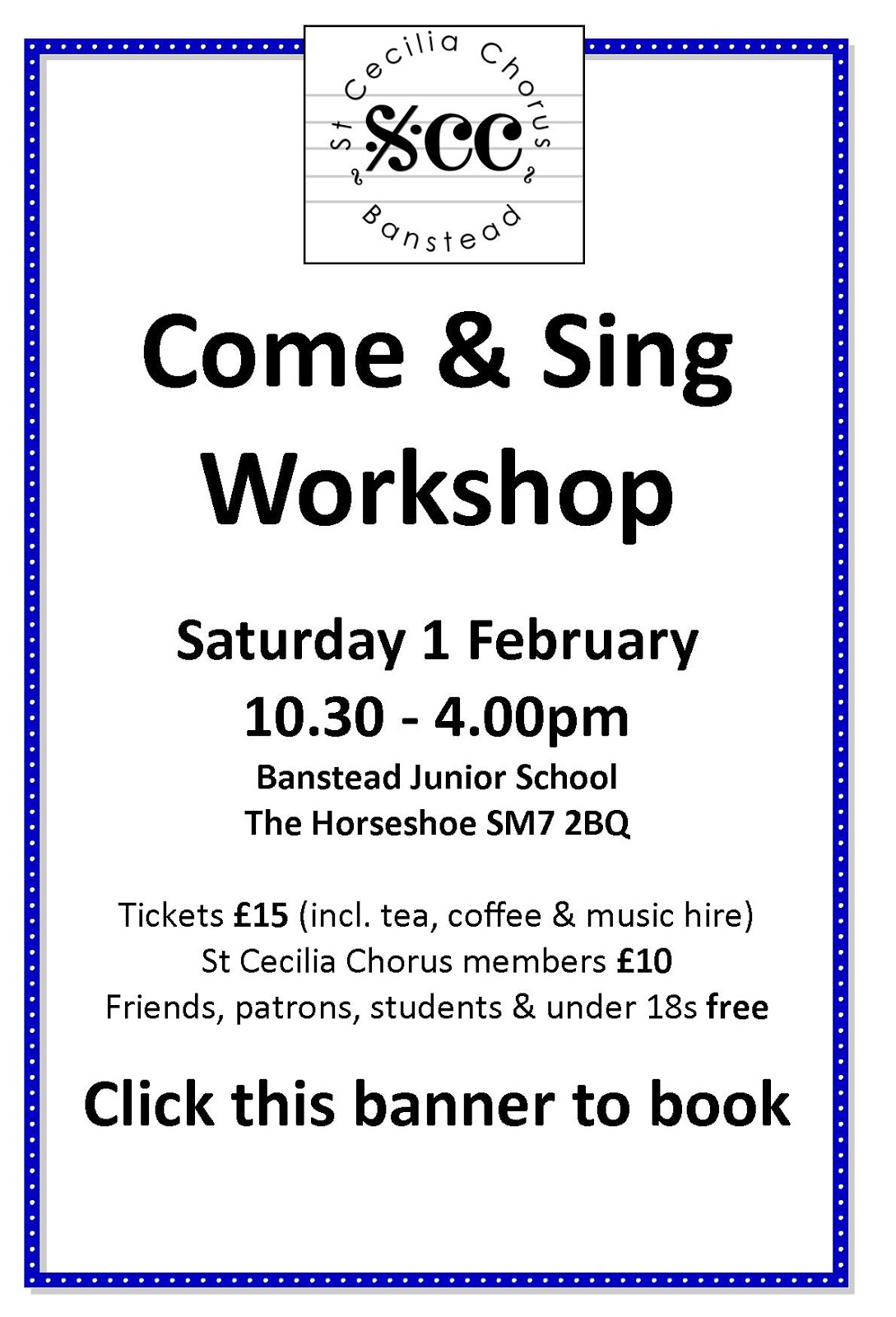 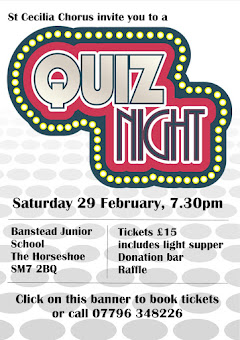 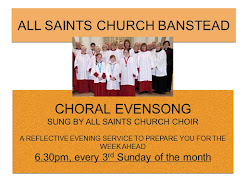